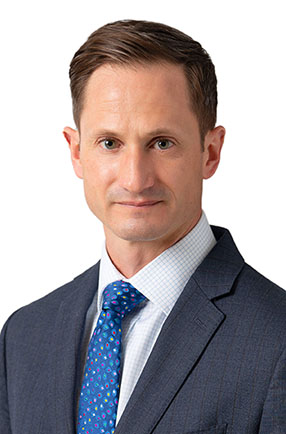 Alex Reich has dedicated his career to battling insurance companies that refuse to do the right thing.

He represents injured victims and their families whose lives have been affected by a serious accident, including automobile or trucking accidents, workplace injuries, and medical and nursing home negligence. Alex understands that the circumstances surrounding a serious injury are uniquely personal to each client, and he takes seriously the trust placed in him by clients to fight aggressively to obtain the best possible result.

Alex also represents insurance policyholders in disputes with their issuance companies. With clients ranging from Fortune 500 companies, to local businesses, to individuals, Alex litigates and negotiates on behalf of policyholders to recover insurance assets, including defense costs and indemnity payments in connection with third-party claims and coverage for first-party losses.

Alex has taught appellate advocacy as an adjunct professor at the Cleveland State University College of Law. A lifelong Clevelander, he lives in the Ohio City neighborhood with his wife and two daughters.

Prior to joining Kalish Law as a partner in 2022, Alex was a partner at one of the largest law firms in Cleveland. He has represented clients at every level of the state and federal judiciary, including the Ohio and United States Supreme Courts.